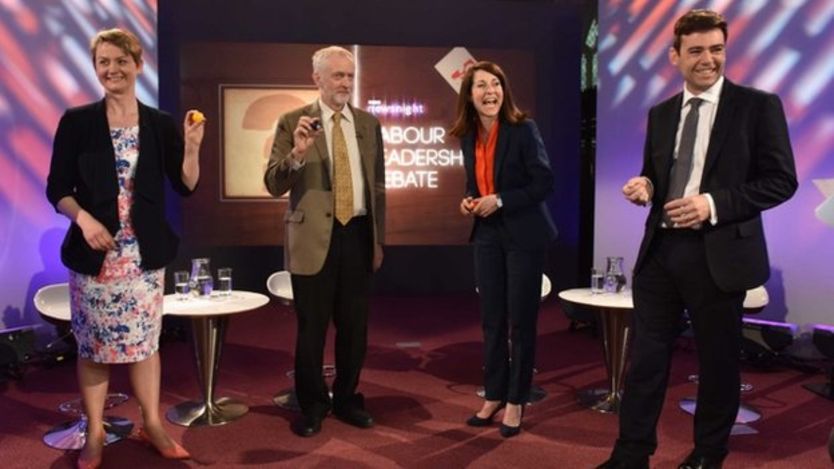 I was one of those people purged from the ballot before the election for the leadership of the Labour Party. This is despite the fact that I’m a life-long Labour supporter, have been a member of my Labour Club for over 30 years, and worked closely with the Labour Party candidate in our constituency in the run-up to the last election. I am a member of the Communications Workers Union, and therefore an affiliate member of the Party through my union. I’m an active trade unionist, having been a rep, and have paid the political levy through my union fees for more years than I care to remember.

I was purged, according to the letter I received, because they had “reason to believe” that I “do not support the aims and values of the Labour Party.”

I guess the question then has to be: who defines what the aims and values of the Labour Party actually are?

The Labour Party introduced the new rules, in part, to open up the membership to trade union affiliates, as a way of lessening the influence the trade union bosses had over the party through the block vote. I think that was a good decision, as – theoretically at least – it allowed ordinary trade union members like me a direct say in the running of the party. Until, that is, some of us decided to vote against the mainstream of the parliamentary party: at which point we were summarily removed from the voting list.

This smacks of vote rigging to me and I am currently looking at ways to get redress for what I believe is a blatant political decision. The only reason they can possibly have for rejecting me, is that I have been a vociferous and open supporter of Jeremy Corbyn on social media throughout the campaign.

There are lots of reasons why I wanted to vote for Corbyn. It’s not only that he voiced a clear and uncomplicated message to the party and the world beyond, or that he is a principled and courageous politician – a rare thing these days – it is also that his policies laid out a real alternative to the austerity agenda of both the main parties.

I’m getting on. I walk anywhere from 10 to 13 miles every day, pulling a trolley full of letters and packets, and am generally so exhausted at the end of the day that I can barely stand. My days consist of work, eat, sleep, and very little else. I don’t have enough spare energy to have a social life. The idea that people doing my job will have to work on till they are 68 is a crime against humanity, no less.

This is the reason Jeremy Corbyn spoke to me directly when he talked of lowering the retirement age for manual workers in physically demanding jobs.

A number of my older co-workers have been forced into early retirement as increasing demands are placed upon us. More and more work is being done by an ever shrinking workforce. It’s a young person’s job these days. People are made to cut corners to keep up. They sling their bags over their shoulders and run. When the new working methods were brought in, and bikes were replaced by trolleys, we were told by the union that this was to take the weight off our shoulders. In fact it has put more weight on to our shoulders.

One of the means by which they force us to do more work is something we call “lapsing”.

In the old days we all had a round each for which we were wholly responsible. There were light days, and there were heavy days. It’s an unpredictable job. On light days we went home early. On heavy days we worked over. But management weren’t happy with this. They wanted to get more work out of us, especially on the light days. This is where lapsing comes in.

They take a round and they collapse it. They divide it into separate roads and they give all of us a number of extra bundles to take out. Sometimes this can amount to a whole bagful of mail and can take up to ¾ of an hour to deliver. They do this with two or three rounds, thus saving man-hours in the office. By lapsing two rounds in an average size office, 48 workers are effectively doing 50 people’s jobs.

They started doing this earlier this year on the lighter days, but as the year progressed they began imposing it every day. They started off collapsing two rounds, but have added a third in the last month, and, while it is true that they cannot force us to work overtime, once out on the round we cannot bring mail back. This means that we have to make our assessments on how much work we can do back in the office, which means a daily argument with the line managers whose job it is to impose discipline on the shop floor.

It’s a recipe for bullying, which is rife throughout the Royal Mail.

We once had pride in our jobs. We were an integral part of the life of the towns in which we worked. When I first started one of the older guys told me he had been on the same round for 25 years. When he retired his customers showered him with cards and gifts. He was like one of the family, a valued member of the community.

Not any more. By breaking up the rounds they break the link between the postal worker and his customers. We don’t have time to stop and chat any more. We just have to keep moving, moving, moving, till our legs ache and our shoulders are numb with the strain.

I overheard one of the managers responsible for organising the rounds talking to one of his minions. He was complaining about the workforce. “One of them has been invited to a wedding,” he was saying. “I don’t want my workers to get to know their customers so well that they go to their weddings, I just want them to get on with their work,” he said.

And in that one single sentence he said almost everything there is to say about what is wrong with the Royal Mail in this post privatisation era.

Get your copy here:

News, politics, insights, inside information from the left

or maybe I can just ramble.

This is the way I am. Sin cera.

Daily Writings About The End Of Illusions

Sustainable Agriculture in the Forest of Dean

Anarchist in the UK

Help me out with a title!

Publishing the Unpublishable from Next February

The purpose of Think Left is to present a view of politics from a left-wing perspective.

WordPress.com is the best place for your personal blog or business site.