New delivery methods threaten the integrity of the mail

It hardly needs saying, but Christmas is the busiest time of the year for postal workers. There’s a veritable assault of mail bearing down on us: more so this year than any year, as so many more people are buying on-line these days.

In previous years we took it in our stride. It was hard work, but we enjoyed it. We got on with the job and we got it done, to the best of our ability.

This year, however, things are different. This is due to the introduction of new working methods in a large number of delivery offices around the country. Quite why the Royal Mail decided to undertake a wholesale restructuring of our job just before the Christmas rush is anybody’s guess. It’s only one of a series of increasingly insane decisions we’ve been subjected to this year.

The process is called “revision”. First of all they got rid of our bikes and replaced them with vans: two posties to a van doing two extended rounds between them.

This is called “park & loop”. We park up the van, fill up our trolleys, head off in two different directions, spend 40 minutes or so completing the loop, then come back to the van to drive off to the next parking spot.

Now this would be fair enough if it actually worked, but it doesn’t. Someone somewhere has made a serious error in their calculations. The company has spent millions of pounds buying a brand new fleet of vans, but they are actually too small for the job. We have to carry our trolleys in the back, plus up to twenty-four ten kilo pouches, and then all the packets, both large and small.

And therein lies the problem. There’s not enough room for the packets, and, having dispensed with the dedicated packets delivery rounds which were part of the old method, there are serious backlogs building up in the offices as we struggle to get them out. The backlogs were already there before the Christmas rush started. I suspect that many people around the country won’t be getting their presents this year.

The next problem lies in the figures they’ve used to calculate the rounds. They took a sample week in June, a notoriously light month, and have extrapolated from that. On that basis they’ve estimated that we have around 26,000 items of mail passing through our office in any one day, when we all know it is more like 42,000.

What this means is that the sorting process takes a lot longer than their calculations allow for. We are allowed one hour to sort the mail into the individual rounds (known as “Internal Preparatory Sorting”) and then another hour to “prep” our frames: that is to slot the letters into the frame, into the sequence they will be taken out in. I never have time to complete this task, which means that most days there are at least six boxes of mail left unsorted under my frame, which are then “prepped” by managers or office staff while I am out on my round. So every day I come in to an already half-full frame of mail left over from the day before.

In this time we are also supposed to have prepped the door-to-door leaflets – usually referred to as “junk mail” by you, the customer – which we take out at the rate of 1/6th a day, and which can amount to anything up to six items per household. We are given six minutes to do this in when it actually takes more like 15 minutes. We are not allowed to leave the junk mail behind, which means that these days junk mail is given precedence over the normal mail, which quite often does get left behind.

That’s the measure of the Royal Mail’s priorities these days.

When the planners first came to the office to discuss the revision they made it quite clear that their aim was to reduce the workforce and therefore the number of man-hours in the office. When the revision was implemented it amounted to eight full time jobs lost. But so huge is the backlog of mail that’s been building up – at one time there were up to 26,000 items of mail, backed into a corner and filling up half of the office – that they’ve had to re-employ the eight full-time employees who had previously taken voluntary redundancy, just to clear it.

They’ve now agreed that the office actually needs five more full-time staff. But, here’s the trick: the new staff will be working on much less favourable contracts than the guys they are replacing.

Which, you might suggest, is the entire purpose of the exercise.

5 thoughts on “Park and Loop”

Get your copy here: 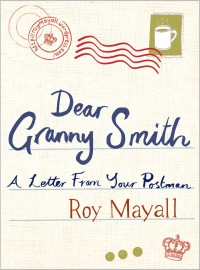 News, politics, insights, inside information from the left

or maybe I can just ramble.

This is the way I am. Sin cera.

Daily Writings About The End Of Illusions

Sustainable Agriculture in the Forest of Dean

Anarchist in the UK

Help me out with a title!

Publishing the Unpublishable from Next February

The purpose of Think Left is to present a view of politics from a left-wing perspective.

WordPress.com is the best place for your personal blog or business site.